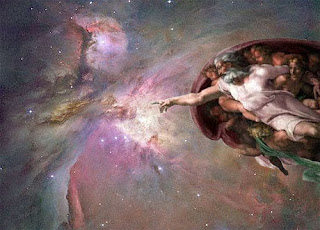 A new study released by Our Amazing Planet attempts to explain the parting of the Red Sea as a natural phenomenon caused, at least in part, by strong winds. Briefly, the study concluded that a strong east wind of around 65mph, blowing overnight, could have swept water off a bend where an ancient river is believed to have merged with a coastal lagoon along the Mediterranean Sea.

Whether this wind explanation is what actually happened or not, I don't care. In fact, like other "miracles" or seemingly impossible stories in the scriptures, if your testimony is rooted in their undeniable occurrence, then I believe your testimony may be ill-placed. For instance, what if conclusive scientific evidence emerges someday that incontestably proves that the flood could not have been a universal occurrence as attested in the Biblical account, but was only reported locally as Noah observed. Would that shake your testimony?

Unlike some Christian denominations, the LDS Church welcomes the advent of scientific advances. In the Encyclopedia of Mormonism under "Science and Religion," we are taught that "[b]ecause of belief in the ultimate compatibility of all truth and in the eternal character of human knowledge, Latter-day Saints tend to take a more positive approach to science than do some people in other religious traditions who also claim a strong foundation in scripture.” Someday all truth will be made known and I believe we will all be surprised at how interrelated science and religion really are.
Posted by Jeremy at 9/21/2010

Good thoughts. This is especially relevant during the OT Sunday School year when talking about Joshua, Job, and Jonah.Just because something is figurative does not take away from the power of the principle.

(...continuing in a separate post due to lenght...)
It does not enrich a scriptural story to suggest that it was fake or never happened. By saying that the accounts of miracles are strictly allegorical, nothing is gained and much is lost. Nephi understood the parting of the Red Sea to be a literal event and he drew upon this fact to increase his faith in God’s ability to work a miracle for him personally (1 Ne. 4:2-3). How might his attitude have changed about the story if he thought it was a nice myth and nothing more?
Those are my thoughts. Thanks guys.

Why should we look at all the wonders of the created universe, and consider that God can make all that, but deny that he is willing or able to do the miracles recorded in Holy Scripture? If we start to consider that the miracles of the scriptures may be in large part fabrications, where do we know when to draw the line? For instance, is the Atonement real? That was a miracle. What makes the Atonement miracle real and the Red Sea parting miracle not real? Both are spoken of in multiple scriptural sources as literal events, and both have been presented to us by the prophets as literal events. So by what measurement do we decide that one is real and the other not?
Science will never be able to *prove* that the flood didn’t happen. Such a thing is not possible to do scientifically. It is not possible to *prove* a non-repeatable one-time past event of that nature either true or false. Science can gather evidence and create theories, but it cannot *prove* such a thing. We must simply look at the evidence for either side and make a decision about what we want to believe. I happen to believe that there is compelling scientific evidence for a worldwide flood. That is my opinion. There will always be objections and ad hoc explanations on either side of the debate, but it will never be settled by science alone. I think it is wisest to have a simple faith that the scriptures are true and accurate. If we perceive that science might pose some problems for what is in scripture, then we should consider the fallibility of trying to know with scientific certainty about non-repeatable one-time past events.

Like Jeremy I also do not care much about the particulars of how Moses parted the Red Sea, but I do accept without reservation that he did in fact do it. The Book of Mormon, along with many miracles of the Bible, corroborates the parting of the Red Sea: “let us be strong like unto Moses; for he truly spake unto the waters of the Red Sea and they divided hither and thither, and our fathers came through, out of captivity, on dry ground” (1 Ne. 4:2). But you are suggesting that perhaps Moses did not “truly” part the Red Sea, and that such miracles like it may be fictional. While we should allow for some give within the text of the Bible because of corruption, in my opinion it is unwise to be that liberal with the scriptures. Especially when the Book of Mormon is consciously acting as a second witness to such events.

Consider that the plates of brass “did contain the five books of Moses, which gave an account of the creation of the world, and also of Adam and Eve, who were our first parents; And also a record of the Jews from the beginning, even down to the commencement of the reign of Zedekiah, king of Judah” (1 Ne. 5:11-12). The Book of Mormon further indicates that “these plates of brass should go unto all nations, kindreds, tongues, and people” in a state that, though missing “many parts which are plain and most precious” (1 Ne. 13:26), is remarkably well intact, as Lehi prophesied, “these plates of brass should never perish; neither should they be dimmed any more by time” (1 Ne. 5:19). And so we have the Book of Mormon’s endorsement that the events of the creation, the story of Adam and Eve, and the history of the Old Testament are true. The Book of Mormon also goes on to particularly corroborate many specific events of the Bible, such as Moses leading the Children of Israel out of Egypt (1 Ne. 17:23-25), the parting of the Red Sea by Moses (1 Ne. 4:2; 17:26; see also D&C 8:3), the Tower of Babel episode of Biblical fame (Ether 1:33), the worldwide Flood of Noah (Ether 13:2), and the miracle in which “it appeareth unto man that the sun standeth still” for Joshua (Hel. 12:15; Josh. 10:12-14).

Well put, Ryan, and thanks for your thoughts. To reiterate, I am in no way attempting to explain away miracles recorded in Holy Writ. Instead, I'm stressing that those who hold fast to those miracles and their purported occurence as a pillar of their faith may have their testimonies ill-placed.

Our faith should be centered in the Christ, not in the stories provided in the scriptures. Consequently, if a particular story, for example Jonah and the whale as Evgenii brought up, was ultimately proven false, one properly rooted in the Gospel would not be phased. If one's testimony is shaken by such a revelation, however, then I feel your faith is fleeting and likely false.

My own thought is that Science is Man's attempt of understanding how God does what he does. So Science can not hope to disprove what God has done, but it sure can find the wrong explanation over and over. Science can not prove anything it can only broaden our understanding of what might be.