“[A] seer is greater than a prophet”? 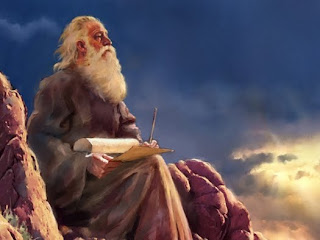 After learning of the Jaredite 24 gold plates found by King Limhi’s people, Ammon indicated that King Mosiah had a gift from God that allowed him to “look, and translate all records that are of ancient date” (Mosiah 8:13). In brief, the gift allowed its possessor to use the Nephite interpreters, “[a]nd whosoever is commanded to look in them, the same is called seer” (Id.)(emphasis added). Upon hearing this, King Limhi concluded that “a seer is greater than a prophet” (Mosiah 8:15). Without correcting Limhi’s statement, Ammon expanded on this conclusion and taught that “a seer is a revelator and a prophet also” (Mosiah 8:16).

While we semi-annually sustain all our general authorities in the Quorum of the 12 and the First Presidency as prophets, seers, and revelators (see D&C 21:1), is the calling of a seer greater than that of a prophet?

The word “prophet” as found in the Old Testament comes from the Hebrew nabiy, the verbal root of which means to “bubble” or “spring forth.” Used as a noun, however, nabiy means one in whom the message of God springs forth, or in other words, a “speaker” or “spokesman” for God, or “one who is called.” In short, a prophet is one who is commissioned by God to make known his will.

In contrast, the word “seer” as found in the Old Testament comes from the Hebrew ro’eh, meaning “one who sees,” and contextually carries the idea of one who sees that which is hidden to others. For example, Enoch “beheld also things which were not visible to the natural eye; and from thenceforth came the saying abroad in the land: A seer hath the Lord raised up unto his people” (Moses 6:36). In the Old Testament, a prophet was oftentimes characterized as a seer, without any differentiation between the two terms (see 1 Sam. 9:9).

Contrary to popular belief, a prophet is not necessarily one who prophesies, or foretells the future. Instead, one can be a prophet without doing so, since the role of a prophet is simply to declare the word of God by the authority of the Holy Ghost. To call a man a prophet merely emphasizes his role in declaring the word of God, whereas to call him a seer emphasizes the manner in which that word is received.

Consequently, King Limhi was most likely correct in postulating that a seer is greater than a prophet, since all seers are prophets but not all prophets are seers. Elder John A. Widtsoe provided an impressive definition of a seer:

“A seer is one who sees with spiritual eyes. He perceives the meaning of that which seems obscure to others; therefore he is an interpreter and clarifier of eternal truth. He foresees the future from the past and the present. This he does by the power of the Lord operating through him directly, or indirectly with the aid of divine instruments such as the Urim and Thummim. In short, he is one who sees, who walks in the Lord’s light with open eyes” (Evidences and Reconciliations, p. 528)(emphasis added).
Posted by Jeremy at 4/12/2010 13 comments: