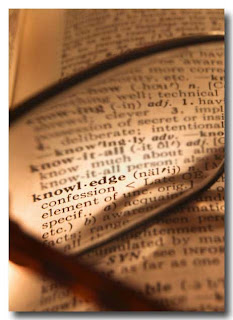 A survey recently conducted by the Pew Forum on Religion & Public Life concluded, among other things, that Mormons generally know the tenets of their own faith and those of other faiths better than most Christian denominations. The participants were asked 32 questions varying in difficulty and including questions such as whether they could name the Islamic holy book, the first book of the Bible, or indicate what century the Mormon religion was founded. Here's a link to the Pew Forum survey, which includes more information.

Interestingly enough, it was the atheists and agnostics that scored the highest in the survey with an average of 21 correct answers. Jews and Mormons followed with around 20 accurate responses, Protestants averaged 16 correct answers, and Catholics followed with a score of about 15. Mormons scored the highest on general questions about Christianity, with an average of about 8 correct answers out of 12.
How do you explain these results? Why do you think atheists and agnostics tested better than actual believers? Why do members of the LDS Church test better than other Christian denominations? Although I tend to agree with Dave Banack's conclusion that our Sunday School Gospel Doctrine manuals need a major overhaul, they have arguably helped our members become more knowledgable and served a valuable purpose.
Posted by Jeremy at 9/28/2010

I would like to see all the questions. Otherwise, it may be a stretch to give the Sunday School manuals credit for our high test scores on the survey. We do know that one of the questions was about Luther and that another was about transubstantiation. This is hardly in the realm of put you to sleep Gospel Principles lessons that deal with deep theological questions like "The Responsibilities of Children to Their Parents".

I imagine that some atheists know a lot about religion because they are formerly religious and are now among the worst persecutors. It would make sense that these would be knowledgeable.

Further, some atheists may have tried to answer the question at some point and have done some research. I know I'd need to prove to myself that there isn't a God before I stopped believing. Logically, it is safer to assume there is one.

I think that the typical religious knowledge of the average Mormon is ver under-rated, even among our own ranks. I served a mission to the 'Bible Belt' and wasn't very impressed.

I will say that I think Mormons have a broad knowledge rather than a deep knowledge however.

It should be noted, for the atheists/agnostics higher score, that that average was made based on people who identified as either "sure that god does not exist" or "uncertain if god exists". If you average in the score of people who "hold no particular opinion", the score drops to just over 16, lower than the evangelical score.