A Shield and a Protection 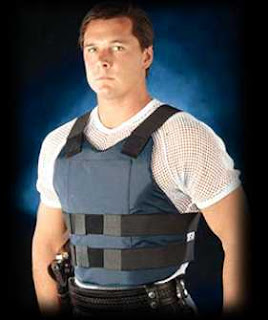 Soon after I had received my endowment in preparation for my mission I recall seeing a 60 Minutes report (April 1996) on the Church that featured a few famous Mormons. One Mormon guest was Bill Marriott, the owner of the Marriott hotel chain. On the topic of temples and the garment received by the faithful LDS within the temple, Marriott explained to Mike Wallace that the garment offered its wearer physical protection. As an example, Marriott proceeded to relate a fantastic story of how, when he was in a fiery boating accident, his garment protected him from being burned.

During my mission I heard several other tall tales of missionaries surviving knife thrusts, machete blows, and even gun shots where the garment was not penetrated. Anyone that has served a mission is likely to have heard a variation of at least one of these stories. The stories are fantastic, but is there any truth to them? When a person receives the garment, the promise is given that as long as that person is faithful, the garment will serve as "a shield and a protection to you against the power of the destroyer until you have finished your work here on earth." But does the protection extend to physical maladies? Could the cotton-poly mesh really stop a .38 caliber bullet? Maybe just the 100% polyester blend...

It is well-documented that when Joseph Smith went to Carthage jail he not only went “as a lamb to the slaughter,” but he also went without the protection of the temple garment. Before leaving Nauvoo for Carthage, Joseph instructed those that were to accompany him that they should remove the garment prior to leaving, possibly to avoid potential ridicule and mockery of the garment if it were to fall into the hands of an enemy. Accordingly, John Taylor and Hyrum Smith removed their garment. Willard Richards, however, refused to do so.

Interestingly enough, it was the three that had removed their “shield and protection” that were eventually either killed or injured during the ensuing melee, thus giving rise to the idea that one’s garment could serve as a bona fide physical protection. “[Heber C. Kimball] Spoke of Elder Richards being protected at Carthage Jail -- having on the robe, while Joseph & Hyrum, and Elder Taylor were shot to pieces” (Heber C. Kimball's diary for 21 Dec. 1845 kept by William Clayton as cited in The Nauvoo Endowment Companies, p. 117).

Through modern-day mission stories, this theory is alive and well. In fact, I recall one Ecuadorian companion of mine declare that he was not worried about physical harm during his mission since he had complete faith that the garment would wholly protect him. This theory, however, is not entirely correct.

In a First Presidency Letter dated October 10, 1988, members of the Church were counseled as follows:

“Church members who have been clothed with the garment in the temple have made a covenant to wear it throughout their lives. This has been interpreted to mean that it is worn as underclothing both day and night. This sacred covenant is between the member and the Lord. . . . The promise of protection and blessings is conditioned upon worthiness and faithfulness in keeping the covenant.
. . .
“Endowed members of the Church wear the garment as a reminder of the sacred covenants they have made with the Lord and also as a protection against temptation and evil. How it is worn is an outward expression of an inward commitment to follow the Savior.”

Thus, modern-day Church leaders have clarified that the garment serves as "a protection against temptation and evil" that is "conditioned upon worthiness and faithfulness," instead of it being some type of bullet-proof vest. On a side note, the last sentence of the previous quote, once correctly understood, should completely trasnform how the wearer of the temple garment treats the "shield and protection."

A similar principal applies to the promise given to the Apostles that “[t]hey shall take up serpents; and if they drink any deadly thing, it shall not hurt them” (Mark 16:18). The Lord’s disciples cannot be justified in testing the Lord’s promise of protection by seeking out these dangers. “[W]hen a man designedly provokes a serpent to bite him, the principle is the same as when a man drinks deadly poison knowing it to be such. In that case no man has any claim on the promises of God to be healed” (Teachings of the Prophet Joseph Smith, pg. 72).

[NOTE 1: For further information on Joseph Smith removing the garment prior to the martyrdom, see Did Joseph and Others with him Remove their Garments in Order to Avoid Being Identified as Polygamists?, found at the FAIR Wiki.]

[NOTE 2: For a great article on proper garment usage, see The Temple Garment: An Outward Expression of an Inward Commitment, by Elder Carlos E. Asay, Ensign, August 1997]
Posted by Jeremy at 11/07/2009

Classic. I have meant to comment on that but The Seer Stone is blocked at work now.

I have confirmed - by stabbing myself with scissors - that the cotton kind offer no supernatural protective powers. After I recover I will try again with nylon mesh and report my findings.